10 ways that math education is changing There’s no denying that education is constantly changing, but what’s truly astonishing is the difference that can be seen just in the past generation. Parents today hardly recognize the classrooms in which their children are learning – whatever happened to using a good old-fashioned No. 2 pencil? OK, maybe that’s an exaggeration, but more is changing in math classrooms than the tools that are used. The expectations that 21st century students face are completely transforming the approach that’s being taken in classrooms across America. The United States wants to make sure its students are ready to compete on a global level, and teachers are stepping up to the plate.

1. Higher academic standards
While there have been multiple movements in education over the past hundred years to change academic requirements, the most recent push, which has taken the form of the Common Core State Standards, asks students to meet benchmarks at younger ages and to develop a deeper understanding of what they are learning. The idea is that the higher academic standards will ensure students are adequately prepared for college and the careers of the 21st century.

2. Emphasis on the “why” and the “how”
While many of us spent our time in math classrooms memorizing formula after formula, today, just as much emphasis is put on the “why” as the “how.” Students are expected to not only study and master specific math skills, but also to understand the concepts behind them. Today’s math classrooms are flipping the old adage “a mile wide and an inch deep” on its head.

3. Digital math games
Today’s students are what is known as “digital natives,” which means they grew up surrounded by technology and expect that it be incorporated in all aspects of their lives. While students of the 1970s were excited about the TI-30, kids today can fluently use computers by kindergarten. Teachers are turning to digital math games and adaptive learning systems to engage students and make math fun.

4. College on the horizon
College wasn’t always the end goal for K-12 education, but today nearly 70 percent of high school graduates attend college. That’s a large chunk of students, and math education has shifted to make sure that kids are building the foundational skills they’ll need to be successful during their post-secondary education. In fact, one of the central missions of the CCSS is to prepare students for college.

5. Technology takes center stage
Technology used to be something of a novelty in American classrooms – what child of the 90s doesn’t remember making the trek to the computer lab filled with rows of beige-colored Mackintosh Classics? Today, technology takes center stage in classrooms – students use graphing calculators to solve complex equations and work through adaptive learning programs to master new concepts.

6. Real-world applications
Math has made the shift from an abstract concept filled with formulas and theorems to a concrete example of skills that can be applied in the real world. Educators now make a point of showing students how what they’re learning can be used outside of school. Math is no longer a list of things to memorize and then promptly forget after you’ve taken the test – it’s a tool to be used beyond K-12 education.

7. Allow students to explore
One of the most notable changes in math education has been a shift in views as to how students learn. It used to be that children were asked to repeat math concepts until their responses were automatic – remember the endless pages of multiplication tables? Now students are encouraged to explore ideas and experiment with different avenues of inquiry. Learning is dynamic, rather than static.

8. Cross-curriculum application
In the past, math curricula was turned in upon itself – mathematics was applied to the math classroom, and nowhere else. Today there is a major emphasis on cross-curricular application of mathematics. Students are encouraged to use what they’ve learned in the math classroom as tools to guide their way of thinking in other areas, like science.

10. Changing perceptions of math
Research has shown that how children view their math capabilities can have an affect on their success. Kids’ willingness to take higher-level math (which is increasingly important when pursuing 21st century jobs) is connected to the emotional view they have of themselves as learners. Teachers are working to transform math from a scary subject into something that is approachable and useful for students so they can develop the confidence they need to be successful.

Have you seen changes in math education since you were in school? Share your thoughts with us. Educators now have the power to boost student engagement and achievement with an exciting innovation: blended learning. Making the shift to an online environment for a portion of the elementary school day can make teachers more productive and accelerate student accomplishment. 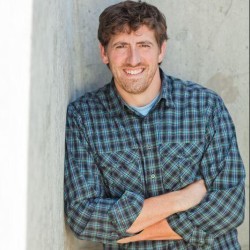