An Academic Mindset, as Dr. Tim Hudson states in Algebra Readiness through Deeper Learning in Middle School: How Teachers Can Empower Students to Achieve with Confidence, is when students “trust their own abilities and believe their hard work will pay off, so they persist to overcome obstacles.” Deeper Learning is accomplished when students persevere and practice their understanding. This week, I offer tips and strategies to cultivate a culture that emphasizes this key competency in your classroom. It’s important to understand the two different types of mindsets: growth and fixed. Carol Dweck, a top researcher of the brain and motivation, recently shared the benefits of having a growth mindset versus a fixed mindset. The former involves working hard to become better at something, and the latter is the belief that you have an ingrained skill or intelligence. As a teacher, it’s crucial to foster the notion that perseverance pays off. I was frequently frustrated with parents who would come to my classroom and inform me that their child wasn’t very good at math—perpetuating a negative, self-fulfilling prophecy. However, this has nothing to do with being “smart” or “not smart.” People tend to have the common assumption that their level of intelligence is static (a fixed mindset) and that they are either a “math person” or not. The transition to the growth mindset is when students—and their parents—change their fundamental thinking around how to learn and become better at understanding.

Strategy: Change Thinking in the Classroom

To explain the idea of an academic mindset to my students, I shared a basketball analogy. It’s commonly assumed that a player who practices a sport becomes a better, more skilled participant. Yes, some people are naturally athletic and others must work harder to attain the same level of skill, but the learning process is identical. The same can be said for an academic subject: the more you practice and persist, the more you will accomplish and understand. The goal is not being “smart,” but working hard and putting in effort to achieve a desired objective. When these qualities are praised over “smarts,” students are willing to take greater risks and put in the extra time and energy to tackle more difficult challenges. In short, teachers who focus on the persistence of hard work will have students who focus on that as well.

Nurturing the academic mindset must begin at home. Most parents have the desire to help, but often don’t know how or what they should be doing to support their child. As a teacher, I made it a priority to partner with parents and supply resources to help them foster that thinking at home. For example, I wrote a monthly newsletter summarizing the new skills that students had learned, and offered a preview of what was coming up. It helped jump-start conversations at home and provided an opportunity for parents to ask questions that helped guide their child’s learning. It was a subtle way to discourage parents from doing math homework themselves, or making excuses for their child.

Communicate that Confusion is Okay

As a teacher, showing parents the importance of student struggle and discovery is paramount to their own understanding of their child’s journey and shift in mindset. I frequently held Parent Math Nights, during which I would preview upcoming learning units and encourage parents to act as students would in my classroom by using manipulatives, participating in small groups, and working on activities. It helped them realize that confusion is a natural feeling during the process of learning, and that it shouldn’t discourage a student to the point that they give up. Instead, it should entice them to push forward and try a little harder, ask more questions, seek peers to discuss math with, and start a math conversation with their families. My Parent Math Night surveys affirmed the notion that partnering with parents worked to help them understand the curriculum and provided yet another resource to guide their child more effectively.

Intelligence isn’t something you are born with. Rather, it is something you can build, foster, and nurture. Students with an academic mindset will be lifelong learners, willing to take on challenges in school and throughout their future careers. This Deeper Learning competency can revolutionize how students perceive their own learning style. Stay tuned next week for the final installment of the Deeper Learning series surrounding Mastering Core Academic Content.

Read rest of the series 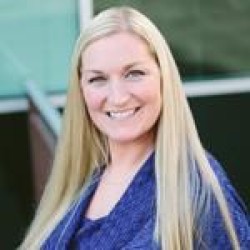 Kelly Urlacher
Curriculum Designer at DreamBox Learning
Kelly Urlacher began her career as a sixth grade teacher in Sammamish, WA in 2002. Shortly after, she received her Master’s in Education with an emphasis in Technology and Curriculum Development. After years of dedicating herself to students and education within the classroom, she earned her National Board Certification in 2009. Kelly currently works as a Curriculum Designer for DreamBox Learning and continues tutoring high school students in mathematics.