“When am I ever going to use this?” For many math teachers, this is one of the most annoying questions a student can ask, and at the same time, the most significant. Sometimes it’s even supported by parents, or another educator. The reason the question can be bothersome is that the hidden meaning is sometimes: “This is difficult, and I want an excuse to not learn it.” But it’s best to assume the question is honest, and provide more than one reasonable response— and also use tools like virtual manipulatives to make math engaging for students.

Math is a useful platform for critical thinking. While it’s probable that the majority of adults will never need to prove that two polygons are congruent, it’s important that they have strong problem solving skills. Critical thinking and problem solving have been identified as one of the most important 21st Century Skills that students should master to succeed in work and life in a competitive world.  Fluency in math can translate to fluency (and persistence) in other challenges outside of the math classroom.

When a student asks me the dreaded question, I don’t think, “How can I prove this concept is useful?” I think, “How can I make this more accessible?” Giving a word problem may not always be particularly engaging.

Making it real with virtual manipulatives

But creating fun activities, or giving students access to smart software and virtual manipulatives can really hook the students into learning. As stated by the National Science Foundation, “Learning and understanding mathematics, at every level, requires student engagement. Mathematics is not, as has been said, a spectator sport. Too much of current instruction fails to actively involve students. One way to address the problem is through the use of manipulatives, physical objects that help students visualize relationships and applications. We can now use computers to create virtual learning environments to address the same goals.” This is a beautiful time in education, because difficult abstractions are becoming more tangible to students through technology and the power of virtual manipulatives driven by thoughtful pedagogy. When students see this they don’t question whether it is practical. They just engage in becoming deep thinkers.

But, if the purpose of math is only to improve general skills, why don’t we just employ a subject that’s accessible to more students?

Kids don’t know what professions they’ll pursue as adults. If a 12-year-old decides that he doesn’t see math in his future, he’ll block off his ability to become a programmer, an engineer, or an economist later in life. It’s particularly important for girls to stay open-minded about entering science, technology, engineering and math (STEM). As a teacher I often argued, “I’m giving you tools you might need later, just in case.” This is a thoughtful response, even when many students are ready to name other lucrative (and interesting) professions that don’t require Algebra. The fact is, STEM graduates usually receive double the salary of recent grads in other professions, and with the job market for specialized STEM positions very hot and looking to stay that way, it’s important for young women to at least consider those professions, and learn to resist

Is education only about what’s practical?

As often as students ask, “When will I need to know how to factor a number,” they also ask, “Why do I need to know about European history?” or “Why do I need to read Animal Farm?” math is not the only victim of student scrutiny. A high-quality education (especially K–12) is not designed only to churn out workers, like a vocational school. I would argue that school’s primary function is to create strong (and well-rounded) thinkers who thanks to their education have a variety of work and life options open to them. In fact, like the 21st Century Skills, one of the main objectives of the Common Core State Standards is that they be robust and relevant to the real world, reflecting the knowledge and skills that our young people need for success in college and careers. And that’s about as practical as it gets. 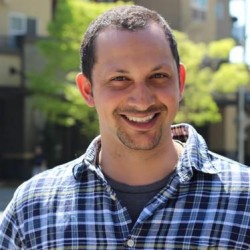