Which Comes First: Education or Assessment?

Recently an article in the Washington Post (46 States, D.C. Plan to Draft Common Education Standards) got my attention. No, I’m not going to get into the contentious issue of whether national standards are a good thing or not, because enough is written about that already. Instead I want to focus on educating students as individuals and how the article raised a number of questions for me. The following three paragraphs, in particular, got my attention:

“Led by the National Governors Association and the Council of Chief State School Officers, the states, including Maryland and Virginia, are aiming to define a framework of content and skills that meet an overarching goal. When students get their high school diplomas, the coalition says, they should be ready to tackle college or a job. The benchmarks would be “internationally competitive.”

Once the organizers of the effort agree to a proposal, each state would decide individually whether to adopt it. …

[U.S Education Secretary Arne] Duncan and others also said that even the highest goals lose their punch if there’s not an accurate way to gauge whether students measure up. That means revamping state tests — a cumbersome and expensive process. So far, the states have committed only to working to develop the standards.”

Does the assessment portion of this plan strike anyone else as being “too little, too late”? Darn it, if only there were a way to accurately assess a student’s knowledge and understanding at a very fine grained level that actually integrated with what and how they learned while they learned it! Then assessment would be neither cumbersome nor expensive. And the students might just be taught – and when necessary, retaught – what they needed to know when they needed to know it.

Those of you familiar with DreamBox Learning K-2 Math know that our approach is to continually assess each student and individually adapt how we then present not just portions of the curriculum or individual lessons, but individual questions within those lessons. While DreamBox is based upon existing national standards, it teaches each student as an individual with their own strengths and weaknesses. In other words we continually assess then teach. Which is what good teachers have been doing for hundreds – perhaps thousands – of years.

Children aren’t screws or widgets. Each one is uniquely different and may require specifically individualized teaching. While the debate about national standards goes on, let’s not forget that no matter which “standard” you adopt, if you consider assessment as an afterthought rather than an integral part of teaching, then you are forcing some students to continually play catch up. As I wrote in a recent blog (Sometimes Things Just Don’t Compute…): If you don’t know a student is having a problem, how can you address it in a timely manner?

The success with which DreamBox Learning addresses students with widely varying skill levels has reinforced for me a variation of that old Chicago saying: If you want to provide a successfully individualized learning experience for a student,  “assess early and assess often”!

Let’s hope our politicians can be taught that as well. 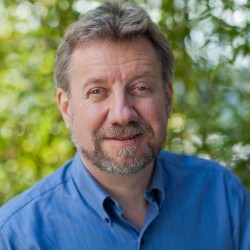